I've been on a card making binge.  So for Unity's challenge #31, I inked up an unused flower stamp.  It was pretty simple, until I took a tiny scalloped scissors to the edge of the petals! 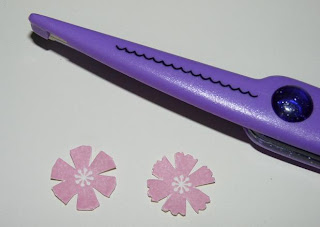 What a difference that made!!! The image actually had scalloped petal edges, but on such a small flower I couldn't possibly hand cut that jagged edge.  Problem solved.

Next I framed a lovely lady die cut from K&Co with an assortment of Unity flowers.  How pretty is she?  It looks like a coffee emblem to me.  But she went so well with the Que Sera Sera line of paper.  I dabbed copper stickles on the flowers, sponge inked the edge of my background & used 3D dots behind her. 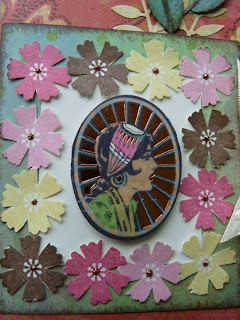 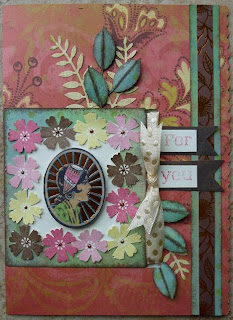 Using a punch from Martha Stewart, I inked, folded, and inked some more! 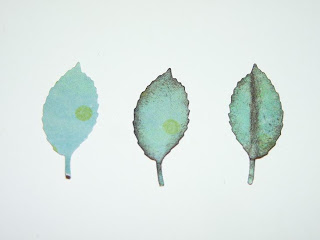 It really added distinction to the leaves, when they otherwise might have been unnoticeable.

The Unity stamp words were side by side in a frame.  I chose to ink only one at a time with a marker, so I could stack them.  I also did 2nd generation, which just means I stamped on a scrap paper...then on my cardstock.  The result was just the right color tone & aged look that I needed. 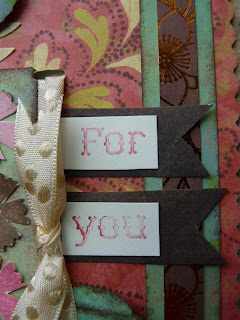 I encourage readers to enter the ALL THINGS UNITY ATU challenges.  Why not create & possibly be rewarded!?
Posted by joetterer at 12:41 PM 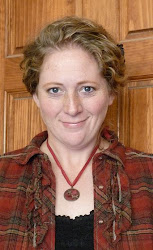 Welcome to my crafty blog! My name is Jane & I reside in east central Minnesota. I'm glad you've come to view my creations & maybe even steal some ideas!

My projects include: scrapbooking, making cards, chipboard albums, altered art & more. My current favorite brands are Tim Holtz, Close To My Heart & Unity. I'm not exclusive, so watch for your favorite products too! I do a ton of boy & outdoor theme pages, if that floats your boat.

You should also know: I am blog challenge junkie!

I take all comments & criticism into account, so feel free to voice your opinion! If you'd prefer to reach me by email, that's fine too! joetterer97@yahoo.com 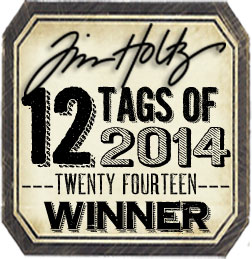